Direct Selling is a unique business. As with most other specialist practices, it comes with its own jargon or glossary of terms. The following outlines Direct Selling’s people, businesses, equipment and general functions.

Because language is constantly evolving, some words and phrases do not necessarily carry the same meaning throughout other parts of the industry.

Direct Selling comes with its own jargon or glossary of terms.

Direct Selling is retail that meets the customer wherever they are in the world. By definition, Direct Selling is, “face-to-face selling away from a fixed location.” It most often occurs in a customer’s home or office or at the home of a friend.

Also known as consultants, distributors, sales representatives, etc. They may sell the products themselves or through their sales organizations. They provide training and leadership, refer customers to the company and buy products and services for personal use. They can be described as “active” or “inactive.”

An organization of companies operating under the laws of the host country to represent the interests of those firms. Self-regulation is used to promote the highest level of ethics and business practices within each association.

Self-regulation is used to promote the highest level of ethics and business practices.

How a Direct Selling independent contractor is compensated. 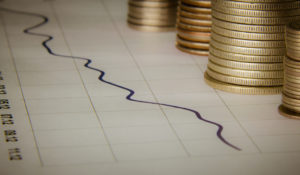 Distribution and compensation structure involving multiple levels. Individuals generally receive secondary compensation on any sales made by those they have recruited, trained, motivated, and/or supplied with products. Compensation is also received based on sales from the recruits of recruits. Direct Sellers also earn compensation based on their consumer sales.

A set of materials packaged together containing merchandise samples and various sales aids.

Order forms, sponsoring forms and product literature sold by companies to new distributors. These materials may be included as part of a demonstration kit.

A person who invites friends, neighbors, and others to attend a sales party in his or her home.

Field supervisory personnel who may also sell directly to customers. They can be independent contractors or company employees.

Direct Sellers sponsored one or more levels away from another in a downward, directly linked line.

All independent contractors in a direct line toward a person (sponsor) or the company responsible for his/her involvement.

A Direct Seller who has introduced another person into the firm to be employed as a salesperson.

How a Direct Selling independent contractor contacts his/her customer base:
(1) Face-to-Face or Person-to-Person Sales
One-to-one sales of a product or service between the Direct Seller and a single consumer.
(2) Party Plan / Group Selling / Home Demonstrations
The sale of goods or services by an independent Direct Selling contractor in class, party or small-group setting, often in the home of a hostess.

A reward offered to salespeople for achieving their desired performance goals.

Illegal in many parts of the world, pyramid selling is fraudulent and is often disguised to look like Direct Selling. Pyramid selling sees recruits paying to earn commissions on persuading others to join the scheme, rather than supply authentic goods or services.