How to differentiate between Multi-level Marketing and pyramid schemes?

The selling of products or providing services is key to distinguishing between MLM and pyramid schemes. If the focus is on products sold primarily to consumers, either through Direct Sales or word of mouth, the company can be considered a legitimate multi-level marketer.

The focus of pyramid schemes, however, is signing up new members for financial gain.

According to Investopedia, a pyramid scheme can be defined as follows:

“A pyramid scheme is an illegal investment scam based on a hierarchical setup. New recruits make up the base of the pyramid and provide the funding, or so-called returns, the earlier investors/recruits above them receive. A pyramid scheme … relies on the constant inflow of money from additional investors that works its way to the top of the pyramid.”

The selling of products or providing services is key to distinguishing between MLM and pyramid schemes.

Warning signs as to whether a firm is a pyramid scheme instead of an authentic Direct Seller engaging in MLM practices include:

— You are required to make a substantial upfront “investment” in order to become a distributor, under the guises of paying for an inventory charge. Legitimate MLM Direct Selling businesses don’t require such fees.
— The company will not buy back unsold stock for valid inventory charges. Genuine MLM companies will offer and stick to inventory buy-backs compensating most of what was initially paid.
— A market doesn’t exist for the product, and consumer demand isn’t acted on. Establishing a market for the company’s products is integral to Multilevel Marketing. The Direct Selling firm’s interest in and reaction to consumer demand is also essential to MLM success.
— Focus: On recruitment or selling the product or service? The difference between Multilevel Marketing and a pyramid scheme is in the focus. As mentioned, pyramid schemes concentrate on fast profits from recruiting people and getting their money. 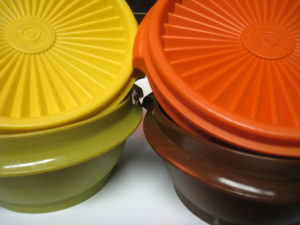 Other steps in establishing a firm’s authenticity include conducting some research, most of which can be done online.

Unsure about a company’s track record? Search the internet using the name of the potential company alongside words such as review, scam or complaint. Comb through the search results. Keep an eye out for articles about the company in newspapers, magazines, or online. Further questions to ask include:

• How long has the company been operating?
• What is the firm’s reputation for customer satisfaction?
• Has the company generated any buzz for its products or services in social media or on blogs and websites?
• Has the firm been sued for deceptive business practices?
• is it a member of a Direct Selling industry association, and therefore follows a code of conduct?