True to its history and character, Direct Selling offers unique advantages to the countries and people who participate, and this is particularly true for Asia’s emerging markets. In 2015, Asia and its collection of emerging markets garnered 46-percent of global retail sales. China, Korea, Japan, and Malaysia into the top 10 countries for global sales that year. Undoubtedly, as home to nearly 85-percent of the world’s population, it is no surprise that Asia is also home to the largest number of Direct Selling consultants. In 2014 alone, there were 51.1 million consultants. While at first glance it may seem that simple numbers are responsible for the might of the Asian market, a closer look shows some unique angles to the story.

“In 2015, Asia and its collection of emerging markets garnered 46-percent of global retail sales. China, Korea, Japan, and Malaysia into the top 10 countries for global sales that year”

Emerging market economies are defined as those working toward market efficiency and strict standards similar to the advanced economies of Europe, the United States, and Japan. Emerging markets usually possess a physical financial infrastructure such as banks, a stock exchange and a unified currency, but they also struggle with political instability, domestic infrastructure problems, and currency volatility. Despite these issues, emerging markets are appealing to investors for potential rapid growth. In Asia, China, Indonesia, India, Malaysia, the Philippines and Thailand are currently considered emerging economies, although some lists also include South Korea and Taiwan. 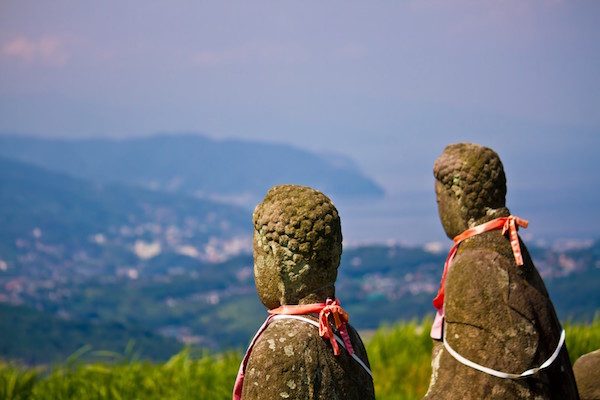 Direct Selling finds a comfortable cultural niche by its definition as a face-to-face exchange between customer and seller. Asian cultures tend to emphasize the importance of working with those you know, a concept that the Chinese refer to as “guanxi.” Relationship building and the resulting trust, two concepts at the heart of Direct Selling in general, make it particularly appealing in Asia.

Many consultants naturally begin by working with family and friends, gradually expanding to their local neighborhood, town, and region. As trusted members of their communities, customers believe there is a better guarantee of a product’s quality and reduced chance of counterfeiting. The resulting success of these consultants is hard to deny. From 2011 to 2015, emerging markets in general had a Compound Annual Growth Rate (CAGR) of 6.6-percent.

As the economies of emerging markets move toward stability, one result is a growing middle class ready to spend their income on improving their lifestyle in a variety of ways. Direct Selling appeals to these consumers as it provides them with a wider selection of innovative products often at lower prices than they can find in conventional stores. In India, for example, consultants offer single use shampoos and detergents that are less costly than larger sizes. China’s growing middle class, particularly in fourth tier cities (small, rural provincial capitals), seizes the opportunity to purchase a better quality of product or an entirely new one.

Consultants find an eager and interested customer base while earning a little extra income for themselves and their families. According to the 2016 World Federation of Direct Selling Associations (WFDSA) Annual Report, the number of people in emerging markets turning to Direct Selling as part of their income stream increased by 7-percent in the last five years. It is a way to diversify income in countries where there may be little support from government systems if something goes wrong.

Success for these consultants quickly translates into security and an improved socio-economic status while injecting much needed revenue into their local, regional, and national economies. Direct Selling’s characteristically low overhead due to a lack of overhead for retail space or hiring other staff also makes it reasonably easy for eager entrepreneurs to get started. These budding business leaders are able to hone their skills on a small scale while simultaneously enjoying the support of the parent company via professional education opportunities and recognition events.

The influx of smart phones and Internet access also plays an important role in the success of Direct Selling in emerging markets. As more and more people gain access to information, consumers and consultants alike are able to connect more easily. Technology allows consumers to research products of interest and contact a consultant. Consultants are able to advertise more easily and cheaply than ever before via social media.

“As more and more people gain access to information, consumers and consultants alike are able to connect more easily”

As people in emerging markets shop more, delivery and logistics systems improve to meet the demand. It is very possible to place an order and have the items delivered within two days, something unheard of in many outlying regions even a handful of years ago. Digital payment options and online security in these markets have also dramatically improved as a result.

Undeniably, Asia is a huge region comprised of 49 countries, a multitude of languages, cultures and customs not to mention economies and governments in various stages of development. However, it also presents unique opportunities for Direct Selling. Cultural synchronicities, economic opportunities, and advances in technology make the field as exciting as ever.